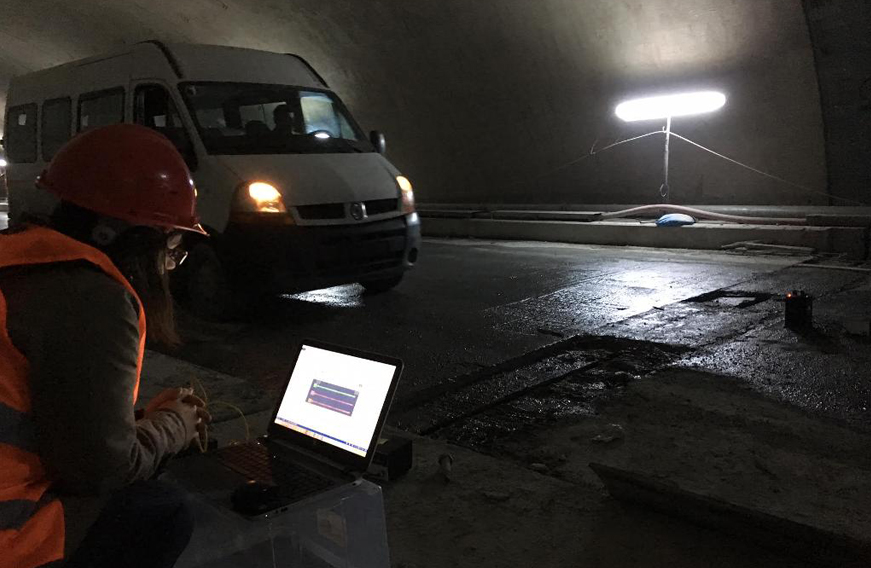 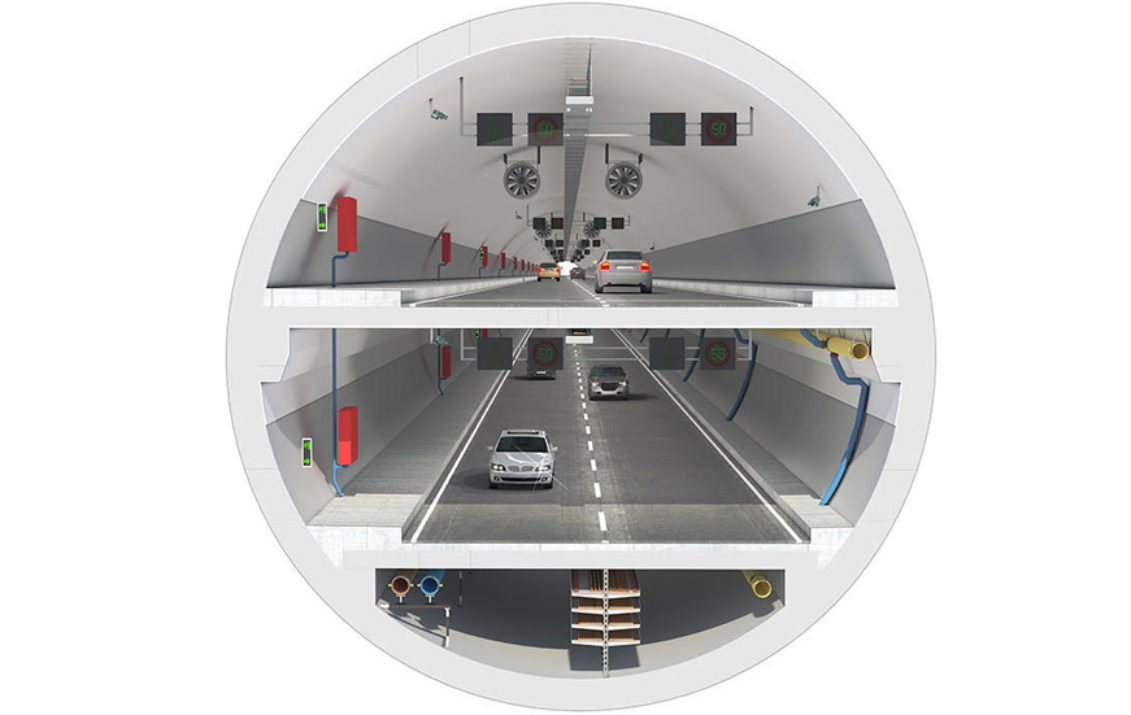 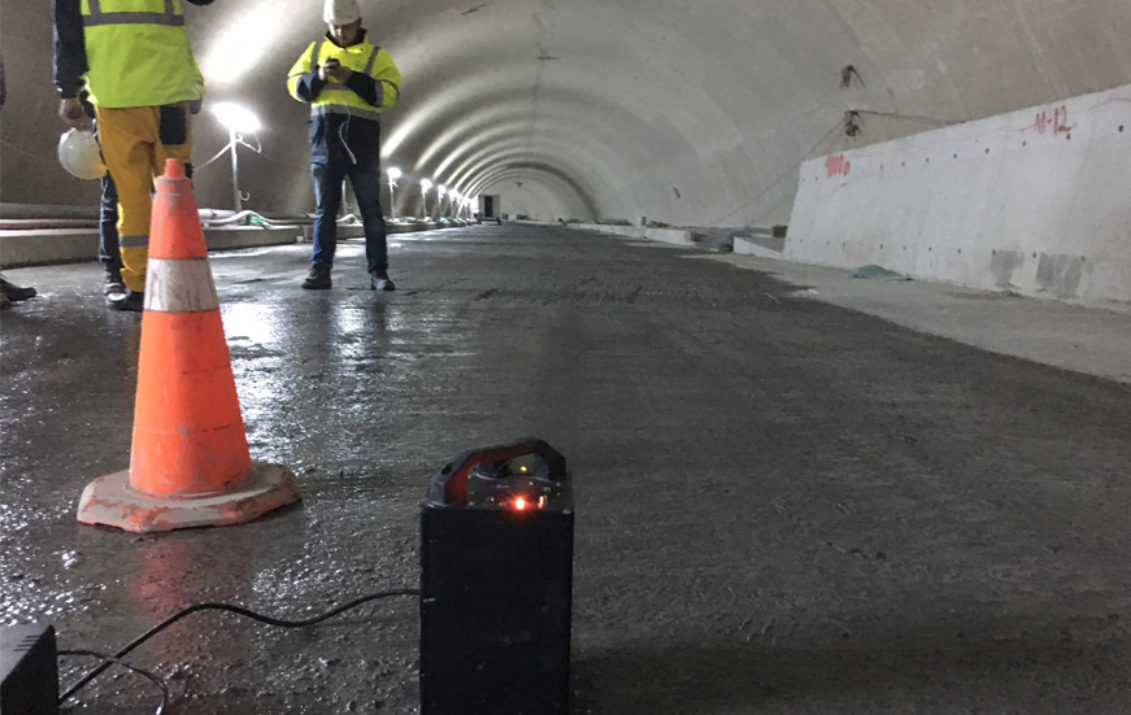 Eurasia tunnel is an underground tunnel that connects the European side of Istanbul to the Asian side, stretching from one continent to the other. The deepest point of the tunnel is 107m from the sea level. The tunnel consists of a 3.4km long TBM portion and total of 2km long NATM sections. The tunnel has two decks, creating three parts inside the tunnel. The upper deck is used by two lanes from Europe to Asia while the lower deck is used by two lanes from Asia to Europe. The lower part of the tunnel is used a a service duct.

The upper deck of this tunnel structure is one of its kind since it is the only known floating deck in a TBM section, with such a large diameter (14m) and with such close proximity to a major fault (less than 10km distance to the Marmara Sea section of the North Anatolian Fault). The deck itself is quite slender with 12m span length and only 34cm of section depth. The vibrations of the deck during heavy traffic were thus of major concern.

Senso designed vibration pads on which the deck sits. The vibration isolation pads run over the corbels that support the deck, and these corbels are attached to the TBM section.

The main goal of the project was to make sure that the motorists do not feel the vibrations when passing over the deck. ISO vibration comfort standards are used for the design. Senso also designed a test procedure and verified the design after the construction, prior to the inauguration of the tunnel.

This website uses cookies to improve your experience while you navigate through the website. Out of these, the cookies that are categorized as necessary are stored on your browser as they are essential for the working of basic functionalities of the website. We also use third-party cookies that help us analyze and understand how you use this website. These cookies will be stored in your browser only with your consent. You also have the option to opt-out of these cookies. But opting out of some of these cookies may affect your browsing experience.
Necessary Always Enabled
Necessary cookies are absolutely essential for the website to function properly. This category only includes cookies that ensures basic functionalities and security features of the website. These cookies do not store any personal information.
Non-necessary
Any cookies that may not be particularly necessary for the website to function and is used specifically to collect user personal data via analytics, ads, other embedded contents are termed as non-necessary cookies. It is mandatory to procure user consent prior to running these cookies on your website.
SAVE & ACCEPT