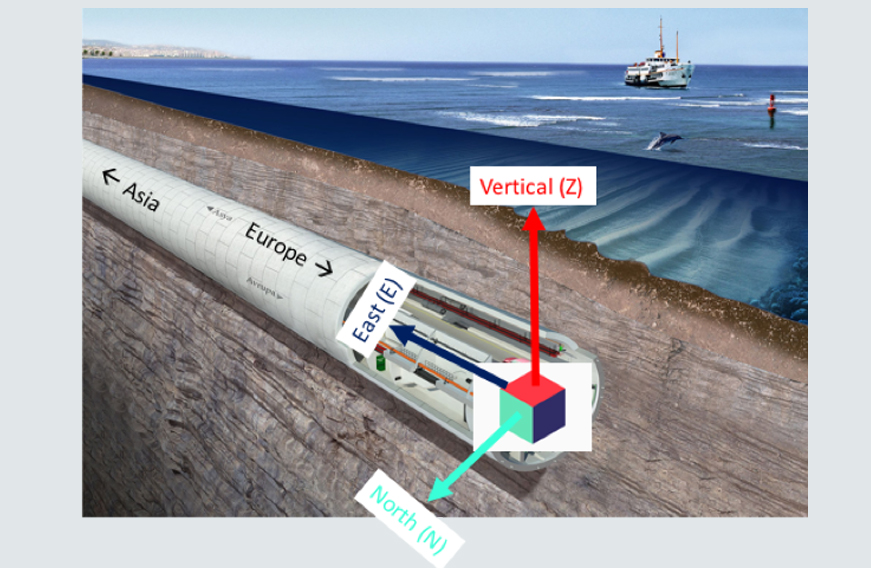 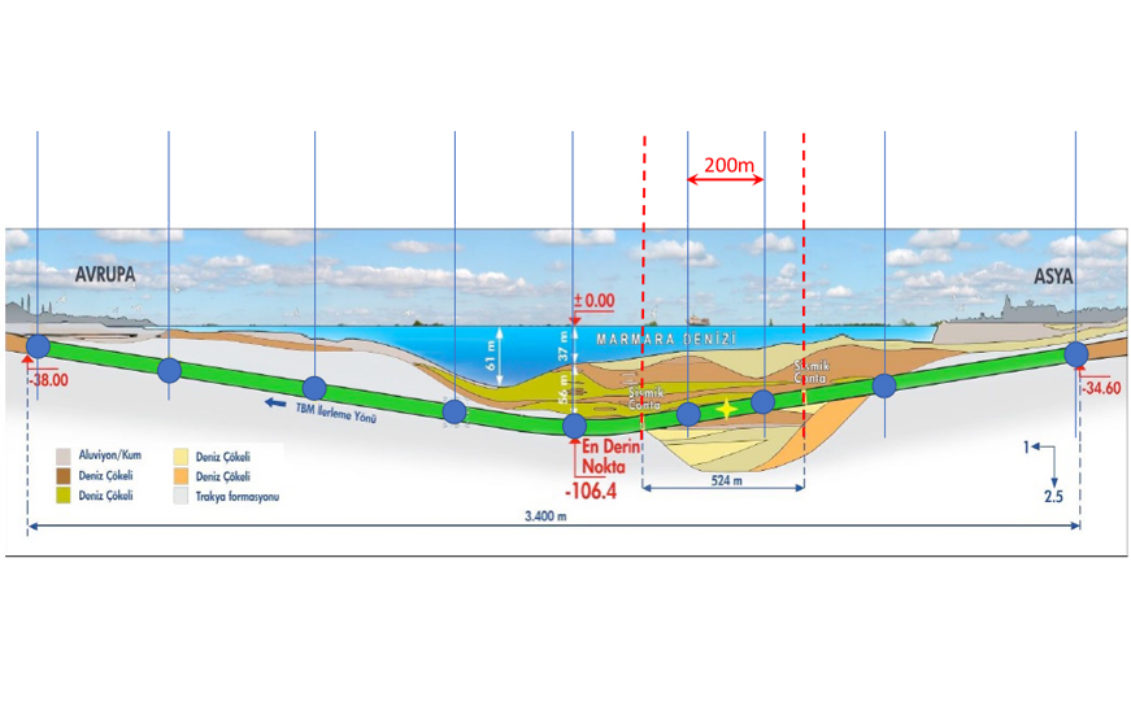 Avrasya Tunnel, a combination of TBM and NATM sections, connects Europe to Asia under Bosporus. It is monitored by several highly sensitive accelerometers as well as laser displacement sensors in critical locations. These data, collected from along a 5.4km tunnel stream into servers simultaneously, 7 days a week and 24 hours a day. The data that stream consist of tens of channels and gigabytes of numerical data.

Senso Engineering is responsible for the processing of these data and producing regular and ad hoc reports after small, medium and large seismic events. These reports are aimed to check if the structural integrity is compromised after a seismic event, and they also help to decide if the tunnel should be closed to traffic. Senso Engineering has also prepared an alarm system that is used for warning the operators about the intensity of the earthquake and for possible actions to be taken.

Senso has designed a redundant watchdog software running on two different servers simultaneously. These servers are geographically distributed to create a backup in case of a catastrophic event. The watchdog software checks the seismic data from 3 independent sources and compares with the streaming data , reaching conclusions about the effects of the seismic event instantaneously. Senso has also been working on implementing machine learning procedures on this watchdog.